1776  First iron railway near Sheffield. (A replacement tramway that used L-shaped rails was laid by John Curr, in 1776 and was one of the earliest cast-iron railways. Wiki) additional info.
1801 Parliament sanctioned first Railway - an iron railroad in Surrey. 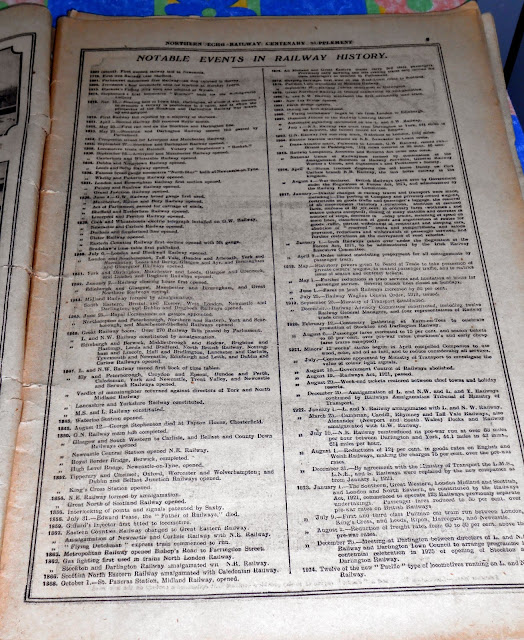 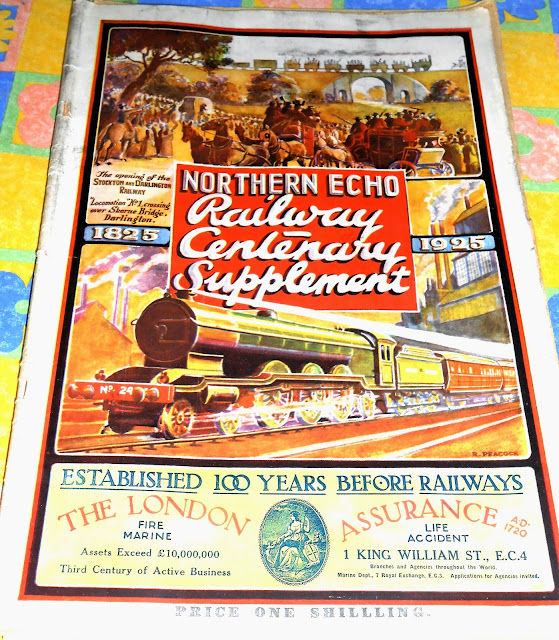 Posted by Trev Teasdel at 21:08 No comments:

According to this cutting in Joan's collection, a letter from Robert Stephenson to Timothy Hackworth, dated Liverpool March 17th 1829 was in the custody of Joan's family line and now in the Hackworth Collection at NRM. 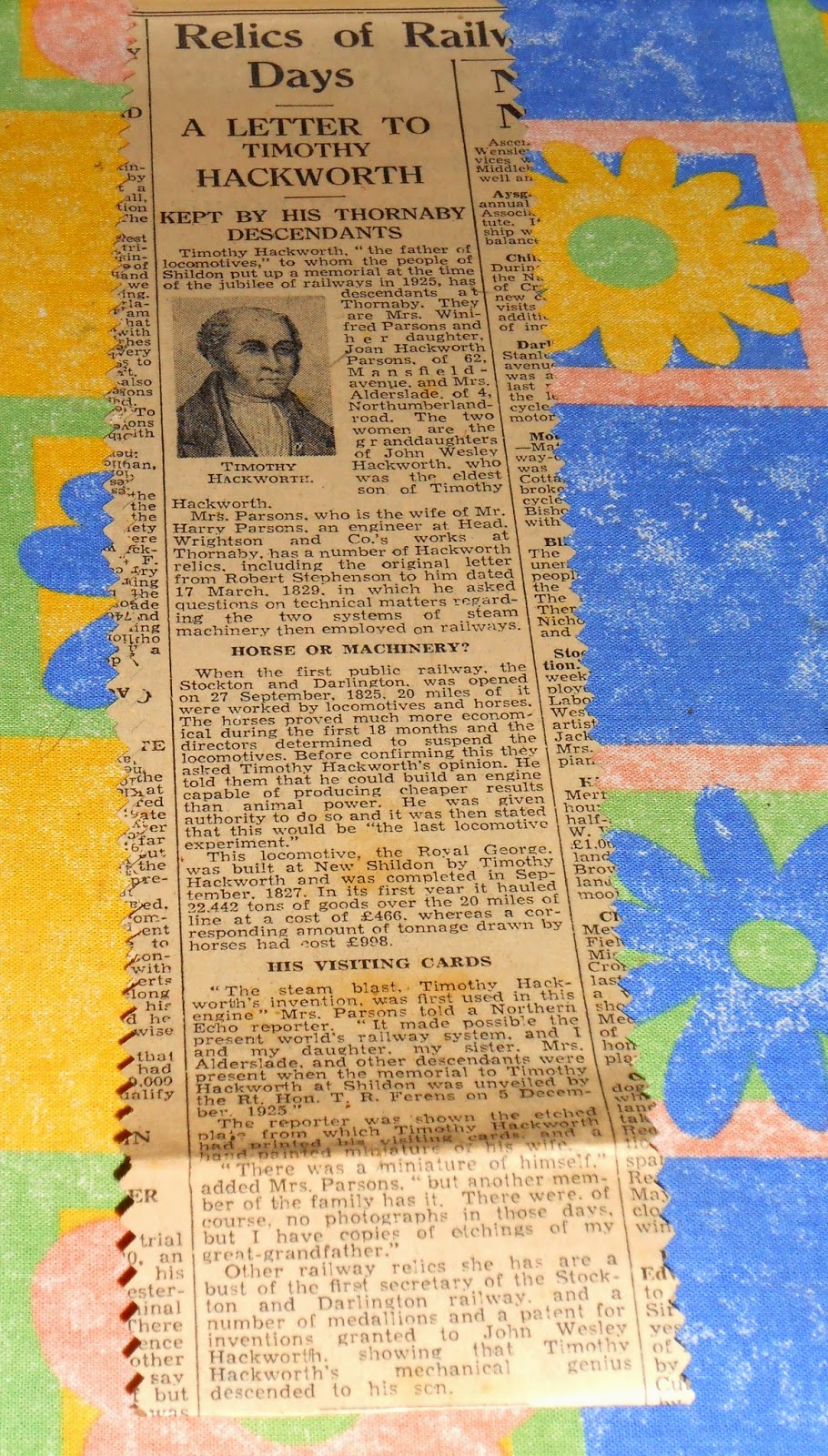 RELICS OF RAILWAY'S FIRST DAYS
A Letter to Timothy Hackworth
kept by his Thornaby descendants.
From the Northern Echo c1936

Timothy Hackworth "The Father of the Locomotives" to whom the people of Shildon put up a Mrs Winifred Parsons and her daughter Joan Hackworth Parsons (Weir) of 62, Mansfield Avenue, Thornaby, and Mrs Alderslade of 4, Northumberland Road. The two women are the granddaughters of  John Wesley Hackworth  who was the eldest son of  Timothy Hackworth.
memorial
at the time of the Jubilee of Railways in 1925, has descendants at Thornaby. They are

Mrs Parsons, who is the wife of  Harry Parsons, an engineer at Head Wrightsons and Co's works at Thornaby, has a number of Hackworth relics, including the original letter from Robert Stephenson to him dated 17th march 1829, in which he asked questions on technical matters regarding the two systems of steam machinery then employed on railways.


HORSE OR MACHINERY
When the first public railway, the Stockton and Darlington, was opened on the 27th september 1825, 20 miles of it were worked by locomotives and horses. The horses proved much more economical during the first 18 months and the directors, determined to suspend the locomotives. Before confirming this they asked Timothy Hackworth's opinion. He told them he could build them an engine capable of producing cheaper results than animal power. He was given authority to do so and it was then stated that this would be the 'last locomotive experiment'.

This locomotive, the Royal George, was built at New Shildon, by Timothy Hackworth and was completed in 1827. In the first year it hauled 22,442 tons of goods over the 20 miles of line at a cost of £466, whereas a corresponding amount of tonnage drawn by horses had cost £998.

HIS VISITING CARDS
" The Steam Blast (Blast Pipe), Timothy Hackworth's invention, was first used in this engine" Mrs Parsons told a Northern Echo reporter "It made possible the world's first railway system, and I and my daughter and my sister mrs Esther Alderslade and other descendants were present when the Timothy Hackworth memorial to Timothy Hackworth at Shildon was unveiled by the Rt. Hon T R Ferens on the 5th December 1925. 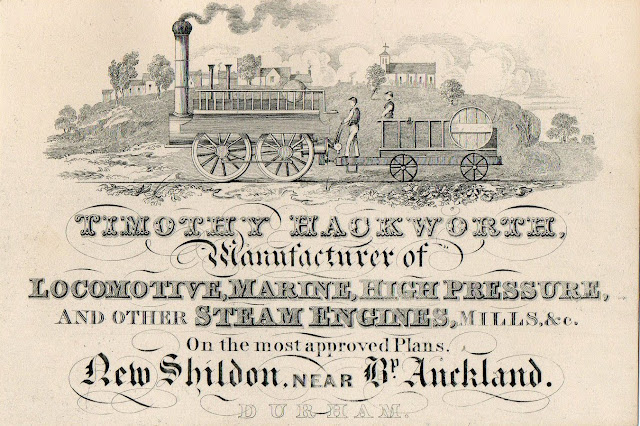 The reporter was shown the etched plate from which Timothy Hackworth had produced his visiting cards There was a miniature of himself" added Mrs Parsons but another member of the family has it. There were, of course, no photographs in those days but i have copies of etchings of my great grandfather."
and a hand-painted miniature of his wife. "

Other railway relics she has are a bust of the first secretary of the Stockton and Darlington Railway and a number of medallions and a patent for inventions granted to John Wesley Hackworth showing that Timothy Hackworth's mechanical genius descended down to his son.

This is the letter referred to in above press cutting as it appears in Robert Young's book Timothy Hackworth and the Locomotive, first published in 1923. Like the 'blast Pipe letter from George Stephenson, this letter will have passed from Timothy Hackworth to his son John Wesley Hackworth who was originally going to write the book on his father, down to John's son Albert Hackworth who emigrated to the States, and back to the UK to be used by Robert Young in the early 1920's for his book and back to Albert's offspring, so that by 1936, the letter is clearly in the custody of Winifred Hackworth, Joan Hackworth Weir's mother and from Joan via Jane Hackworth-Young to NRM Hackworth Collection at York.


Letter from Robert Stephenson to Timothy Hackworth Liverpool March 17th 1829
This letter (and other's contained in Robert Young's book) "convey  some idea of the unique position held by Timothy Hackworth. We find his experience solicited and his help required both by the deputation from the Liverpool and Manchester Railway Directors and by Robert Stephenson, not as a mere producer of costs and accounts, but as the one authority to whom they could confidently turn for advice and instruction." Robert Young. 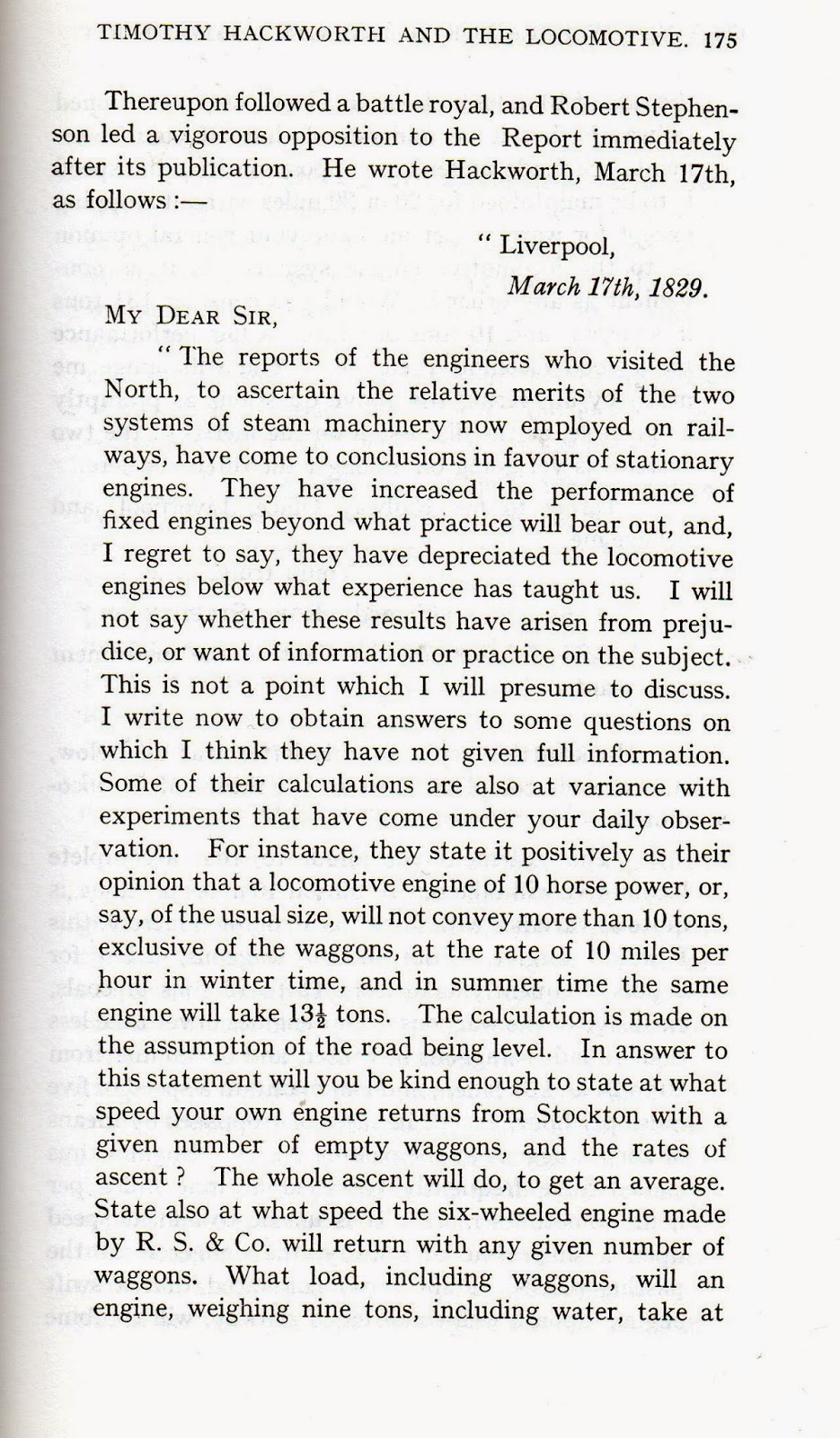 Part 2 - the rest of the letter and the start of Hackworth's reply. 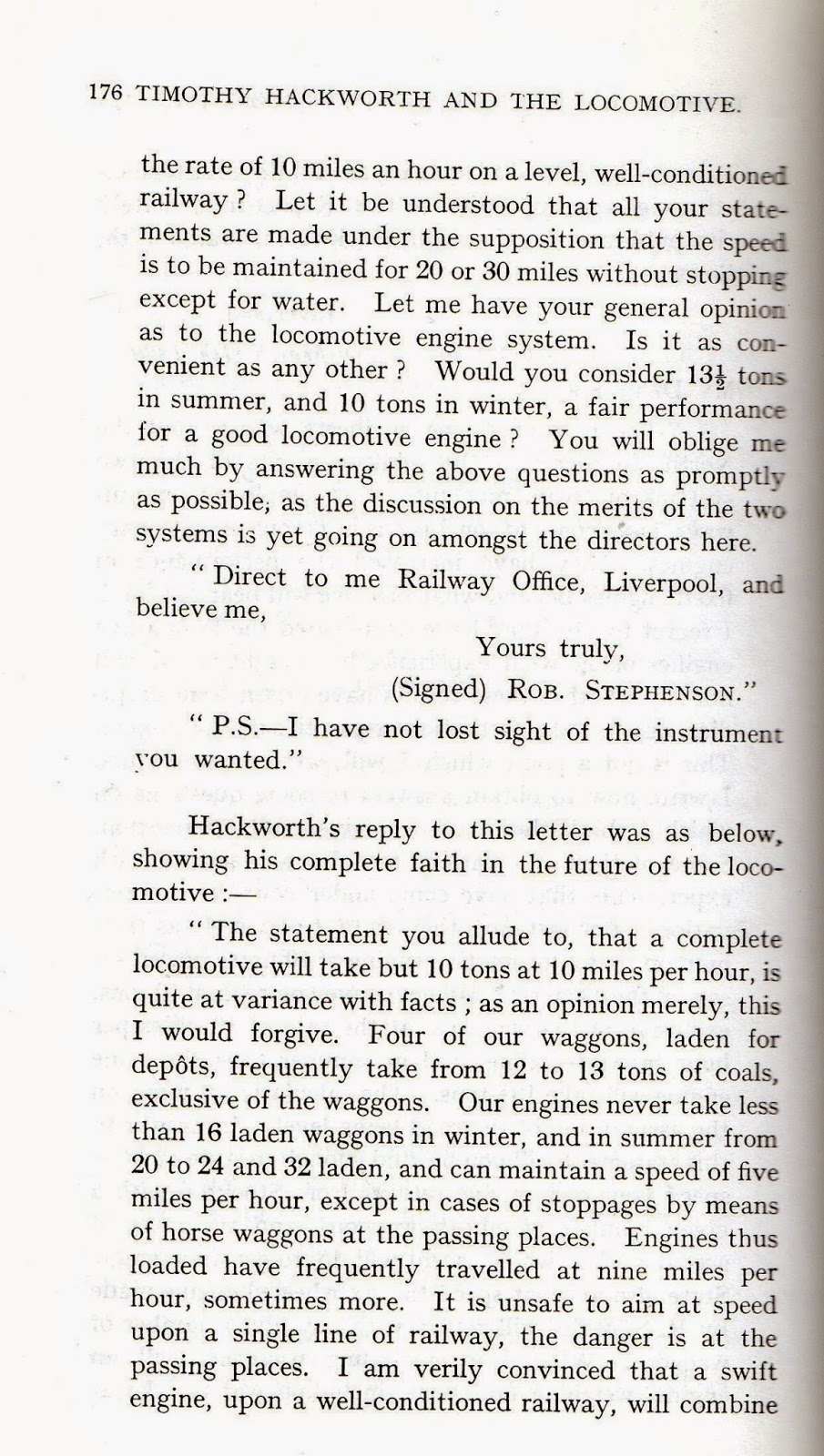 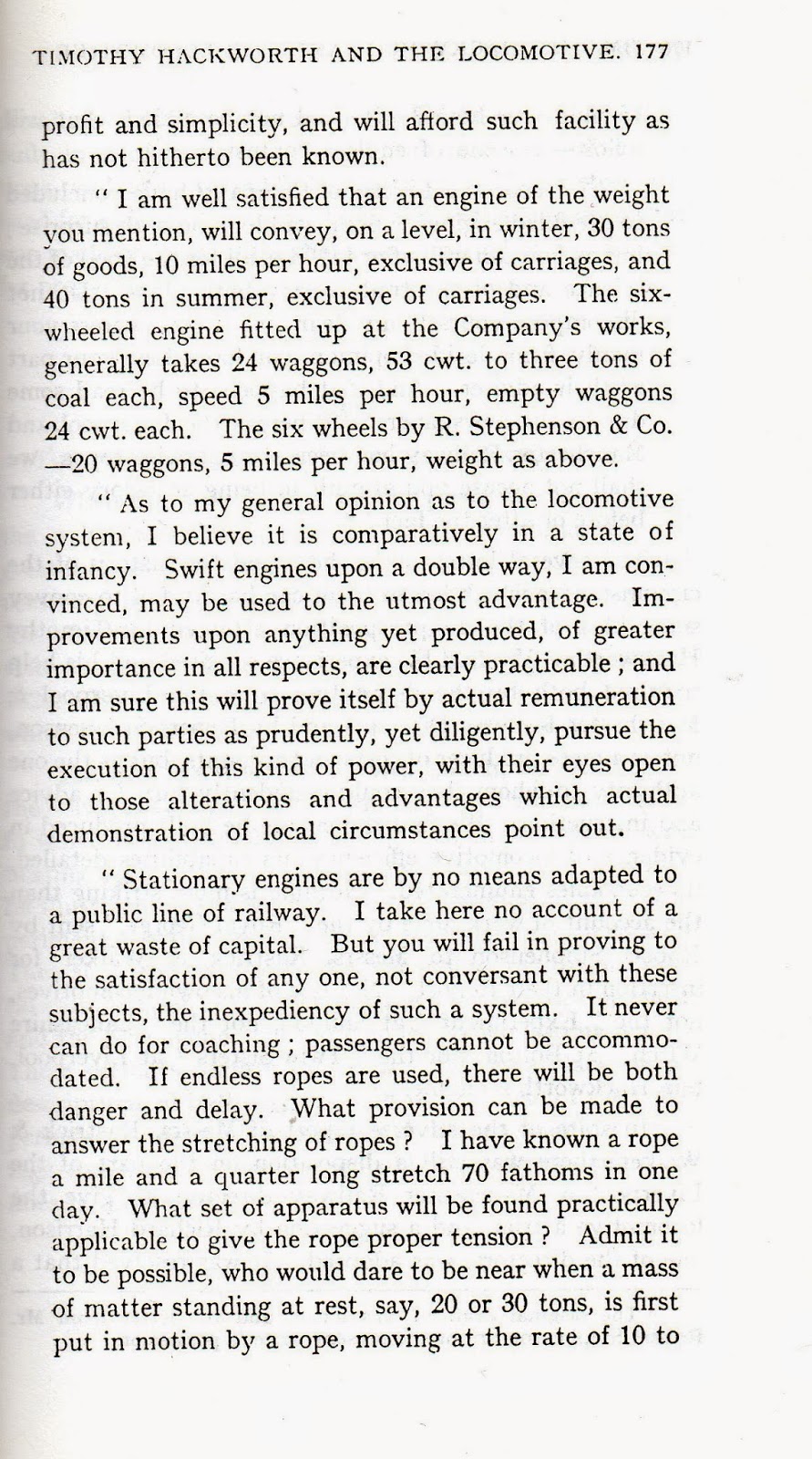 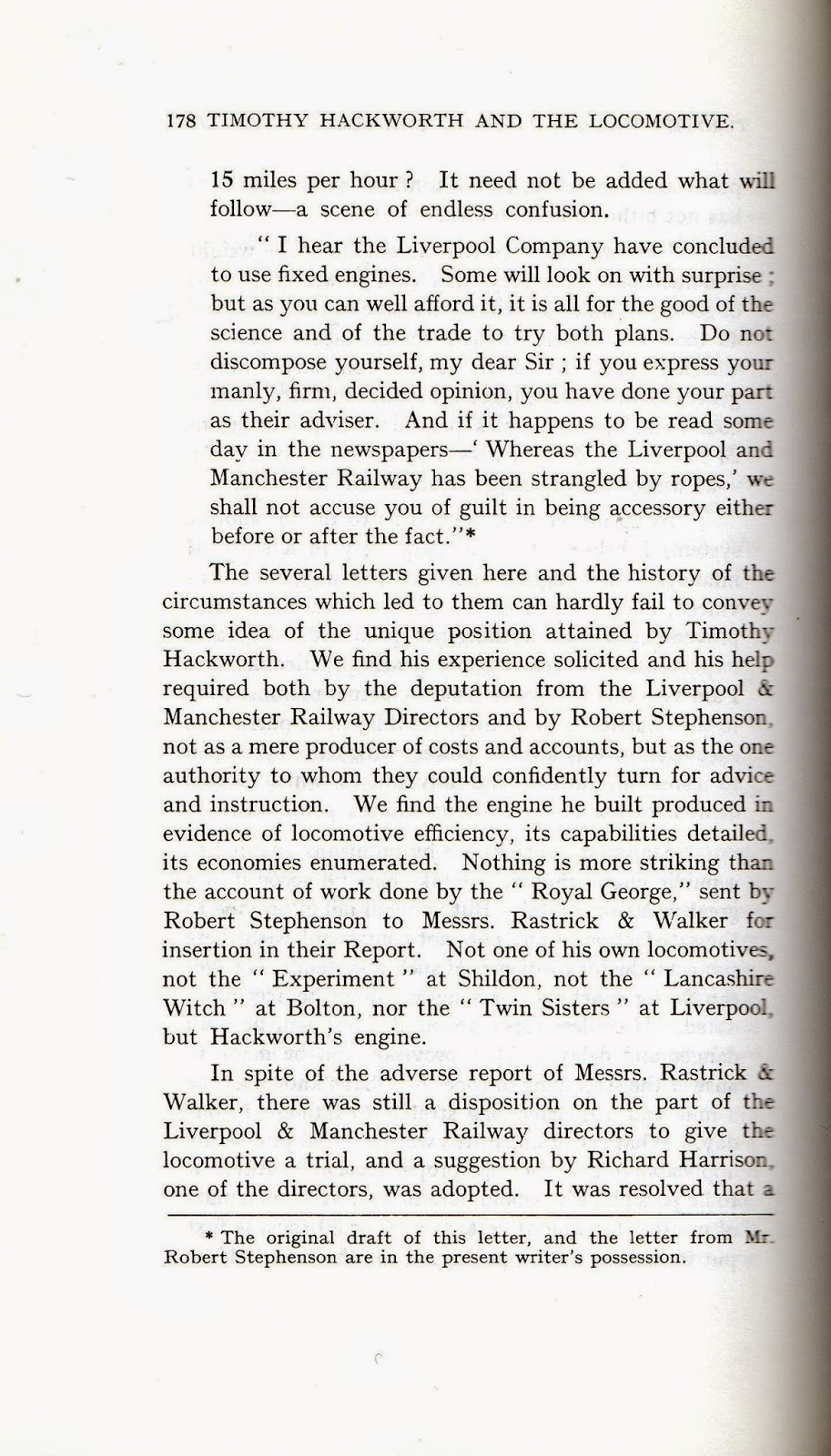 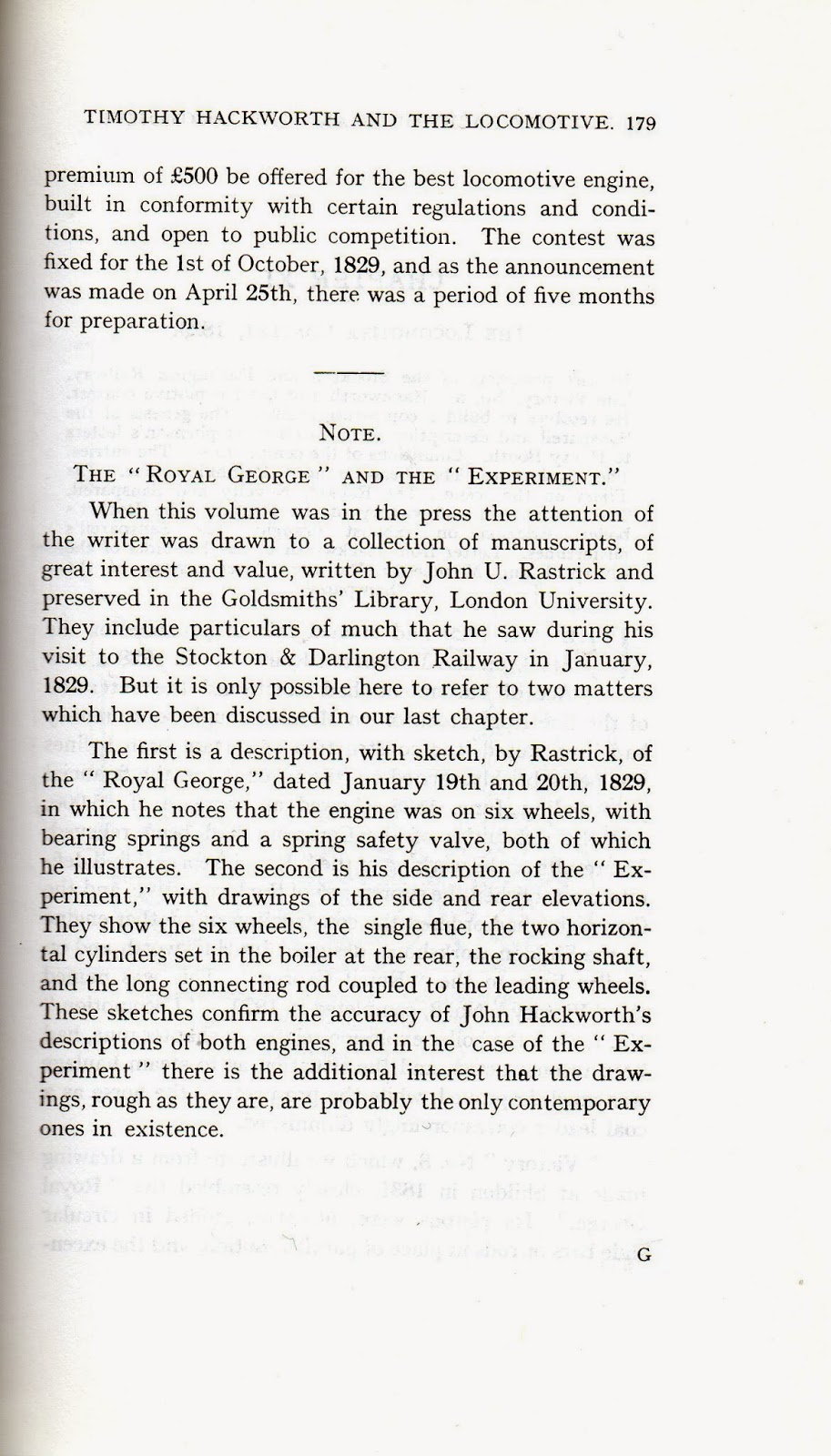 The full account around this a earlier letters can be found in Chapter X The Royal George 1822 to 1829 in Robert Young's book Timothy Hackworth and the Locomotive 1923 - 2000 edition available from Friends of  National Railway Museum, York. 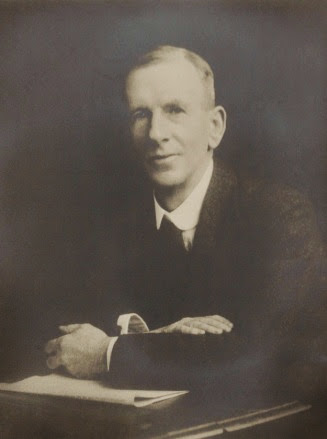 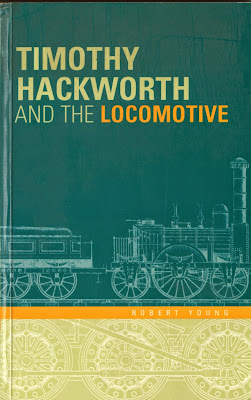 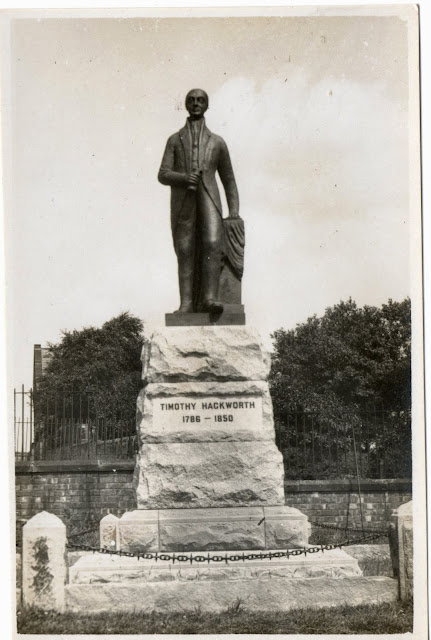 Posted by Trev Teasdel at 01:01 No comments: 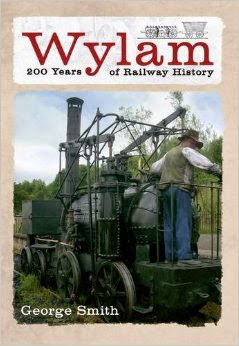 Available on Kindle or in book form
http://www.amazon.co.uk/Wylam-200-Years-Railway-History-ebook/dp/B00GNBGTK0 (Kindle)
Google the book for other options or sources.

"The story of Wylam village in Northumberland is a story about the origin of railways. The birthplace of George Stephenson, it was the centre for the first revolutionary pioneering work on railway engineering which laid the foundation for all that followed. At the beginning of the nineteenth century, on the instigation of colliery owner Christopher Blackett, a series of revolutionary experiments in railway technology were conducted. The principal protagonists read like a roll call of great railway engineers: the wayward genius Richard Trevithick, the devout Methodist Timothy Hackworth who wouldn't work on the Sabbath and the portly asthmatic William Hedley who oversaw the work. It was Hedley who, in 1813, would invent the legendary Puffing Billy, the first reliable working steam locomotive." 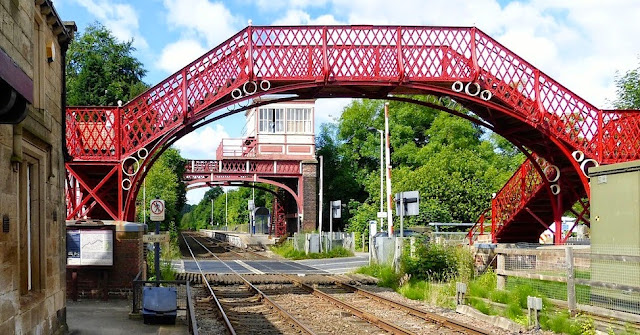 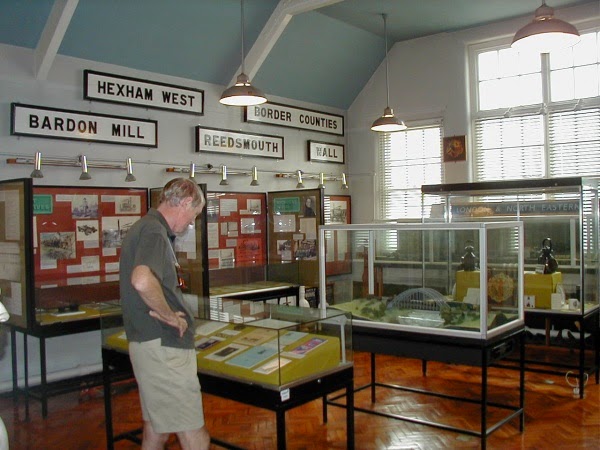 Posted by Trev Teasdel at 14:14 No comments: