No1 by Tony Stowers

No1 - New book on the birth of the Locomotive by Tony Stowers
Available from https://www.tonystowers.com/no-1.html?fbclid=IwAR3V_f0Kjq5mn9O4j--nh1azCOUl44_yVVwZzmqWI9fu23OA6lV-eIrd2pg 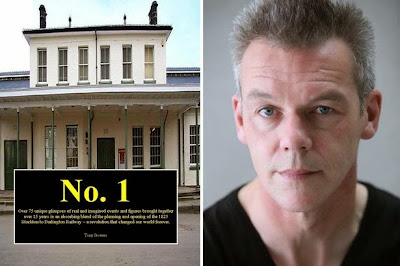 Centre in Stockton on Tees. Back then Tony was a lively young punk poet who used to come along and perform for us in Stockton. Since then Tony has developed into a teacher, actor, playwright and author with a strong interest in the railway history of his home town.

Book Description
“It is the intention of the proprietors,” read Lewis slowly and carefully, “to meet below the tower at Brusselton near West Auckland, about 9 miles west of Darlington, at eight o'clock A.M. and after inspecting the inclined planes proceed at nine o'clock precisely to Stockton-upon-Tees, where they will arrive about one o'clock.” “Four hours to do 26 miles?” laughed a bystander, “Impossible!” 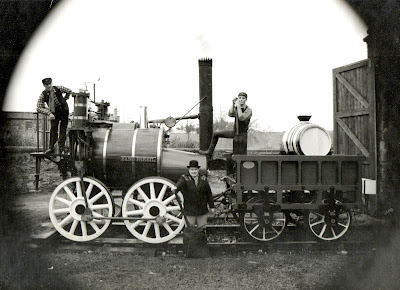 Set in Regency England, “No. 1” draws on the real and the imagined from every region of the North East present at the birth of the railways, starting on 18th September 1810 in Stockton and finishing there on 28th September 1825, the day after the first ever railway trip between towns, an event that changed history - though history didn't record it inadvertently carrying a boy fleeing from a miscarriage of justice and an ex-Waterloo veteran intent on silencing him. Thankfully though, history can now be straightened out in this unique and ambitious re-creation by Darlington-born writer Tony Stowers who blends fact and fiction through the words and actions of real-life celebrated figures, recorded historical events and ordinary people whose lives were impacted by this revolutionary technology."

"No1 is a 15 year quest to have a book published about his home town. Born and raised in Darlington in a working class household, and passionate about his North East roots, he was naturally drawn to the County Durham town’s place in world history.

It was one end of the Stockton to Darlington railway, the first public railway to use steam locomotives in the 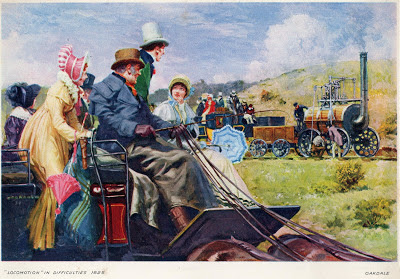 world which opened in September 1825. The importance of this event cannot be understated as it was one of the pivotal moments of the industrial revolution which was to propel Britain to the status of world leader.

The region was the birthplace or origin of some of the industrial greats of that period: George Stephenson and his son Robert Stephenson, Timothy Hackworth and William Hedley to name but a few. Their expertise and inspiration spread not just nationwide but around the globe.

Born in 1963, as a 12-year-old Tony was taken by his father in 1975 to watch an event in Darlington commemorating the 150th anniversary of the building of the line.

“I saw a lot of the original trains come through North Road and Bank Top station,” he recalled. “Even as a kid of 12, I enjoyed writing and I thought wouldn’t it be great if somebody had written a book, to bring the original scene back to life.”

Over the years the idea never left his head. While the event has its own place in the history books, the details are contained within at times dry, scholarly accounts. “There were lots of black and white drawings, a lot of statistical and technical diagrams. But of course there was no film or photographs then. There was little which possessed the creative stimuli to bring it to life as I thought it could. This was always my ambition.”

And the ambition grew, although his upbringing was not typical of the artistic type he was to become."

Barbara Emmett commented on Goodreads "..There's a lot of research gone into this and it shows without being obvious - that is, it's not presented in a dry instructional way but in a lively manner that gives a feel of the whole period. The characters come alive and the dialogue is entertaining and believable. There are some great descriptions too." 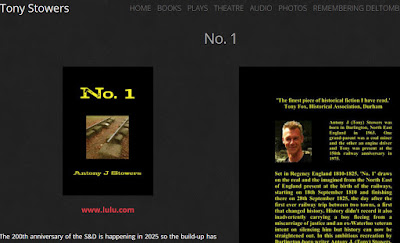